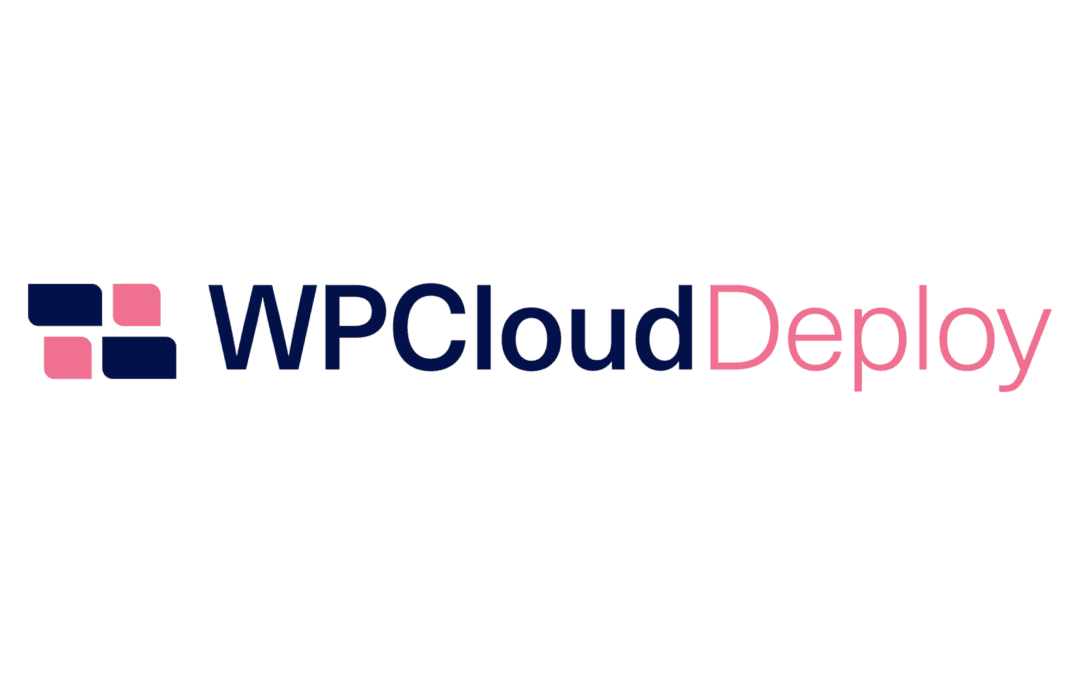 WPCloudDeploy recently launched version 4.10.5 of its rapidly-maturing WordPress plugin of the same name. The project is a WordPress-native replacement for SaaS services like Cloudways, Ploi, SpinupWP, and others.

Customers still need to hook up to a cloud server provider, such as Digital Ocean, Linode, AWS, or elsewhere. However, the project seeks to cut out the middleman for developers and agencies running multiple sites. They are specifically targeting those who would routinely manage 20 or more.

“It’s a true plugin where everything you need runs on your own site (except, of course, the other servers you are provisioning and managing which reside at their respective cloud server providers),” said WPCloudDeploy owner Nigel Bahadur.

Technically, WPCloudDeploy opened to the public in March 2020, but Bahadur was not ready to aggressively start letting the community know about it. He said the team is now at a point where they have a core group of users who are happy with the plugin. They have been rolling out new functionality every month for a year and a half and feel like it goes above and beyond alternatives.

“We were basically in stealth mode for most of that time — we did enough marketing to get a core group of users and then tried to make those users happy,” he said. “We even offered a heavily discounted lifetime license last year during the Black Friday sales period –- the folks that purchased then are very happy right now.”

With a mature project, it is time to branch out into the larger WordPress developer and agency market.

The plugin promises its customers that they can deploy unlimited WordPress-optimized servers and sites to any cloud or bare-metal server. It has direct integration with 10 of the most popular cloud server providers.

However, provider integration is limited to which pricing plan the customer decides on. The core tier, which costs $199 per year, only works with Digital Ocean. The business tier runs $499 and adds Linode, Vultr, and UpCloud to the mix. For the full range of providers, customers must upgrade to the all-access plan for $799. Both of the top tiers also have a lifetime purchase option.

Each tier of the plan is not merely limited to integration with more providers. For example, agencies can sell site and server subscriptions via WooCommerce through the business or all-access packages. White label and teams features are available at all levels.

WPCloudDeploy allows agencies to sell subscriptions to cloud servers or WordPress sites through WooCommerce. Because of the feature’s recent interest, Bahadur said it will likely be a focus area next year for more enhancements.

“For servers, you can create subscription products where the user gets to choose the provider and location,” he said. “Or you can create them where each product represents a single provider (useful if you want to price your AWS servers differently from your DigitalOcean servers).”

They have their own separate service that builds on top of this called WPCloudPanel. The team created it with Beaver Builder, WooCommerce, WooCommerce Subscriptions, and Ninja Tables. The entire site required no additional custom code.

Developers and agencies are not necessarily limited to WooCommerce. Instead, they can take the team’s code and port it to other eCommerce or membership plugins. One such customer is currently working on a MemberPress solution.

“Since the WPCloudDeploy code is just hooking into various WooCommerce actions and filters, it’s basically just finding a similar hook in their favorite membership plugin, copying the relevant parts of our WooCommerce integration code, and then ripping out and replacing the WooCommerce-specific function calls,” said Bahadur.

From Inception to the Future

Bahadur said his team started the project to meet their own needs. “We really liked the idea of being able to use our own servers for WordPress sites. But at the time, there were still a lot of security questions and other usability and support issues that we were running into from the usual pool of SaaS providers.”

He then decided that his team would build something themselves. Jokingly, he said he completely underestimated the project and how far he would take it.

“I can’t say that, back in 2019, I looked too far beyond the WP ecosystem because what I wanted was WP-specific functionality,” he said. “Cloudways was one of a number of providers I was using at the time, and they offered other services beyond WP. But the overall concept was the same whether it was WP or a server that was suitable for another ecosystem. I think I looked at every WP option there was at the time, including command-line services like WordOps.”

He said he was not necessarily sure it was important to have such a project in the WordPress space.

“I think what is important is to constantly remind folks of how much WordPress can do, how powerful it is, and to keep battling against the perception that WordPress is less secure than other options,” said Bahadur. “If you can use a WordPress plugin to run and manage all your servers and sites and/or even act as a hosting service, then we’ve pushed the WP boundaries far beyond what anyone thought of doing two years ago.”

He thinks it is even more important that WordPress professionals to be able to build products that compete against the feature depth and “sexiness” of SaaS services.

“Think about how much more capital would stay within the WP ecosystem if you had a project management plugin that was as good as, say Clickup.com or Monday.com,” said Bahadur. “Or a CRM plugin that was as good as Hubspot. But to build plugins with that level of polish requires lots and lots of capital in the first place. Even though WP is a billion-dollar ecosystem, somehow we still don’t have the ability to finance the build-out of world-class functional components with a world-class UX experience, and I think that’s a shame — and a major opportunity for VCs.”

He does not think WPCloudDeploy has quite met the smoother UIs of SaaS services yet. However, he believes it can prove that it rivals or exceeds such competitors in terms of functionality.

“So the next time someone asks, ‘can you really build that on WP?’, maybe they can point to WPCD and say, ‘Hey, if you can build this on WP, then, hell yeah, we can build that thingamajig that you want…,” said Bahadur.

The team maintains a Trello board with a public roadmap. The most-requested feature right now is support for OpenLiteSpeed, an open-source web server.

However, Bahadur said the most tantalizing possibilities for the long term come from working with the REST API.

“Unlike SaaS tools, you’ll be able to customize it using our built-in ones as a template,” he said. “Ambitious agencies will be able to add their own plugin to extend our REST API without waiting for us to add new endpoints that meet their needs.”

Eventually, the core plugin will be available on GitHub. Developers will be able to contribute new endpoints to the core product via pull requests.