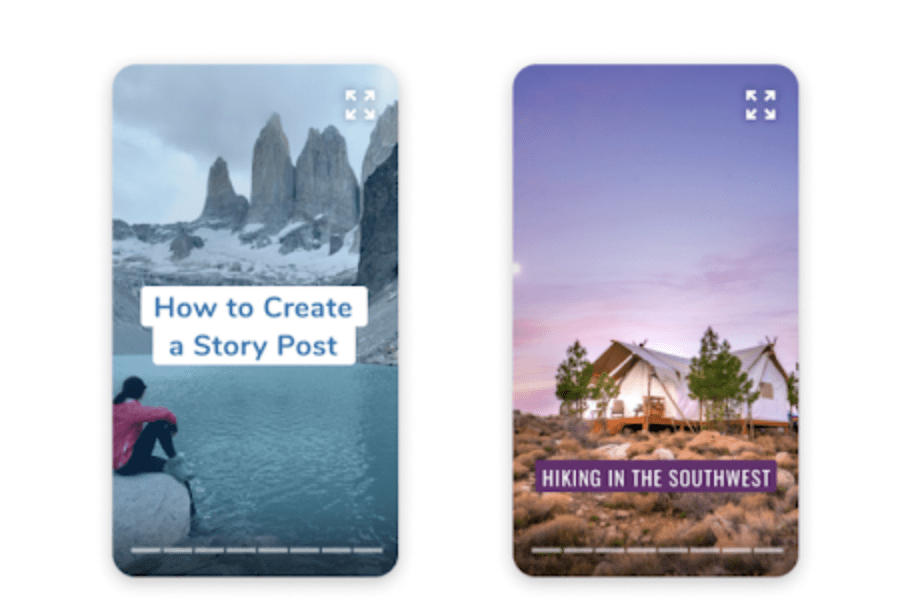 WordPress users on Android may have noticed a new prompt in the mobile app for publishing Story posts. This feature is now in public beta in the Android app, ahead of an upcoming launch on the WordPress iOS app. Stories will also coming to the Block editor on WordPress.com in early 2021.

Early access to Story posts is available in version 16.3+ of the app, released in mid-December. The prompt appears at the bottom of the site management screen. Selecting a Story post immediately takes you to your phone’s media where you can add photos or a video.

The mobile app’s implementation of the Stories feature is different from other platforms, like Instagram and Facebook, in several key ways. Most importantly, WordPress stories are not ephemeral. They live permanently on your site and anyone can view them after they are published. WordPress.com’s documentation for the block highlights a few differences:

After testing the feature, I can confirm a few more differences. While the WordPress app’s implementation transcends other platforms’ limitations on the duration of the story’s visibility, it lacks basic features that users have come to expect from other apps. It doesn’t support animated gifs, effects, location, stickers, music, and other embellishments that make stories such a creative social medium. At the moment, the only thing you can do is add colored text with a background.

Videos work as Stories, too, but they don’t seem to have the same preview with a thumbnail image. It’s just a generic placeholder for now. That may be something the team is still working on, but I logged an issue on GitHub for it, in case it’s a bug.

In the interest of owning your own content, I can see it being useful to create stories on your own website and share them to other networks. The current implementation is basically a fullscreen slideshow. It is not yet more compelling than what social networks offer, but it looks like WordPress for iOS plans to expand on these features using the open source Kanvas library from Tumblr.

Kanvas makes it possible to add effects, drawings, text, stickers, and make GIFs from existing media or the camera. If you have ever used the Tumblr iOS app then you have seen Kanvas in action in the camera, media editor, GIF maker, and media posting tool. It should make for a more exciting Stories implementation on iOS, with features on par with what users have come to expect from other platforms. Something similar for Android may be in the works and this post will be updated as soon as we receive comments from the mobile team.