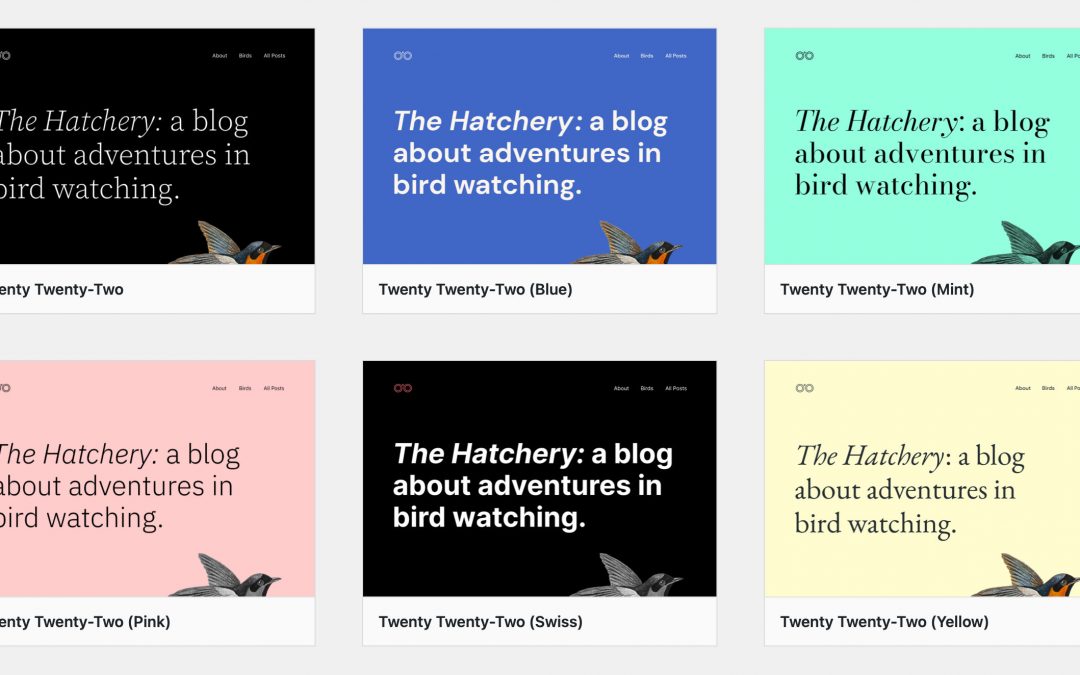 WordPress design contributors are cooking up a new idea for this year’s default theme release that would put the spotlight on style variations instead of the theme itself. The idea is rooted in comments that Twenty Twenty-Two designer Kjell Reigstad made last year when introducing the theme:

Themes are in a transition period today, and it seems like this may be a reasonable time to step back and to re-evaluate the annual cadence with which we build default themes.

Innovations like theme.json, block templates, and block patterns are making theme development far simpler, and are providing new ways for users to customize their sites. There’s reason to believe that the community can leverage all this to build more frequent and diverse theme and customization solutions for our users in the coming years.

Instead of creating a new default theme this year, design contributors are proposing creating a curated set of style variations from community submissions. The styles would be applied to a pared back version of Twenty Twenty-Two.

“What if, instead of emphasizing the theme itself, we highlighted an opinionated set of style variations designed by members of the community?” Automattic-sponsored design contributor Channing Ritter said. “We could use Twenty Twenty-Two as the basis for a new theme that’s stripped back and minimal — a blank canvas to let a diverse range of style variations shine.”

Style variations were introduced in WordPress 6.0 as a way for theme authors to offer some preset design options capable of skinning the site with different colors, typography, borders, spacing, and more, with just one click on a card representing the variation. Reigstad first floated the idea for Twenty Twenty-Two’s style variations in November 2021.

Last week I built a handful of Twenty Twenty-Two’s color + font variations into super-simple child themes. They’re really lightweight, and I love the idea of offering folks a drastically different site with one click.🎉https://t.co/dItIkvvhK9 pic.twitter.com/rB4CcTfW0A

“It would be interesting to experiment with how opinionated we could make each of the variations,” Ritter said. “Maybe one variation makes all typography on the site use a single type size in a monospaced font, while another variation uses many different fonts paired together. I think that pushing the boundaries of what can be done with the style variation format should be the goal — and we can have fun seeing what kinds of things we can come up with in the process.”

The idea is that the best community-submitted style variations would be selected for a curated collection that would be bundled with the new blank canvas version of Twenty Twenty-Two.

Responses so far in the comments have been overwhelmingly positive and designers and developers have been eager to raise their hands to participate. The discussion has just started in the comments of the proposal and contributors are soliciting feedback on the creation of the next default theme.