Where to Start With WordPress Development? | Tom McFarlin 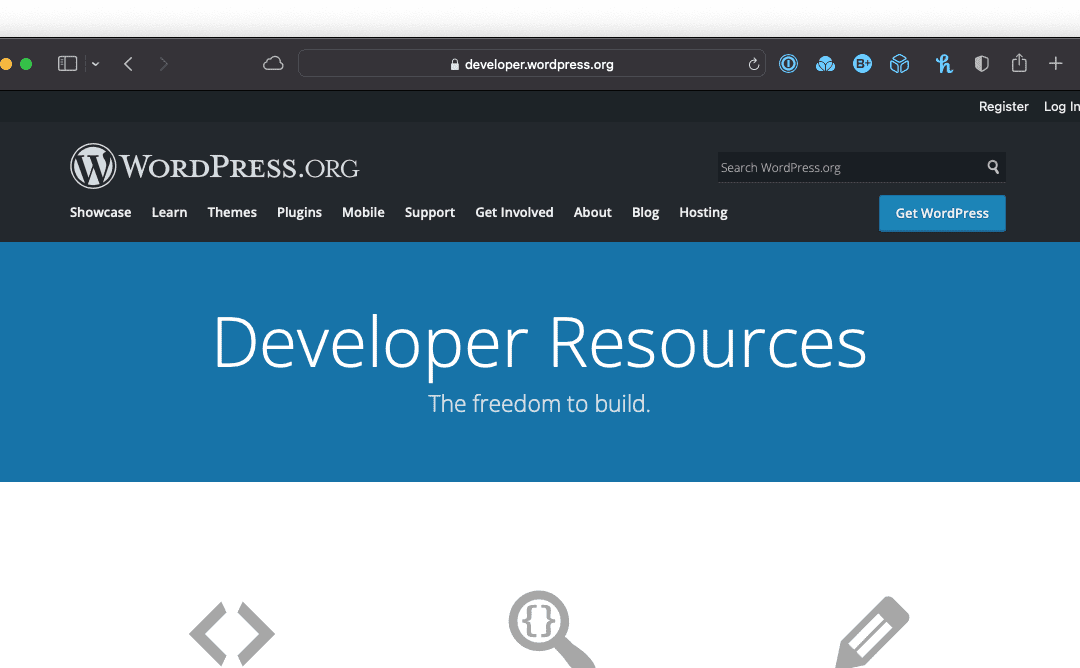 TL;DR: WordPress has both an active economy and a large community. Often times, you’ll hear the phrase “WordPress community” to encompass both facets. A case can be made as to how this has given WordPress such a massive level of success over the past decade and a half.

But finding your niche can be tough and you shouldn’t expect it to happen quickly. So this raises the following question: Where to start with WordPress Development?

When I first started working in WordPress, it wasn’t in an official capacity. As I mentioned in the previous post, it was all about making minor tweaks to a site on which I was blogging while I was in college.

Even after that, despite having doing some course work in PHP, MySQL, and the usual front-end technologies at the time, this was not where I was headed in my career. Instead, I focused more on .NET and doing a lot of server-side work (with a fair amount of front-end work) for a few years.

When I wasn’t on the clock, though, I was still using WordPress to blog about my experience in working in the field of software development. But as I began to get more into web application development and using tools such as Ruby on Rails, PHP, and MySQL, I also began to see how WordPress could be used to do a lot of the same things I was doing with these technologies.

Even still, it took years before I finally started to make enough money to move into the WordPress economy.

I was primarily working with PHP, MySQL, HTML, CSS, and jQuery. Later came preprocessors such as LESS and Sass and if you dig far enough back into the archives of this blog, you’ll find posts about that.

That said, this doesn’t mean that getting started in WordPress is all together different, either. Back then, we had a set of technology to use, we had to learn how to make it all work together, and then we had to make sure it wasn’t put together like a weekend project, but had the same level of quality as the work we were aiming for in our day jobs.

I don’t think I personally achieved that until later, but it eventually happened.

Anyway, although WordPress is comprised of a different set of technologies (hence why I say it’s a different project than when I started), it’s not all together different in terms of someone who’s just getting started. That is, you still have to learn a handful of technologies and learn how to make them all work together.

? Don’t Start with a Niche

And this is where the first piece of advice that I’d share with anyone who’s just getting started with WordPress today:

WordPress has always been a big piece of software with a lot of areas in which you can work.

Sure, you can also add to other areas of the whole community through a variety of efforts, but if you’re a developer and you’re comfortable experimenting with a variety of technology, then don’t come into the economy trying to pigeon hole yourself into a specific niche.

You don’t know where you may end up finding the area in which you truly contribute the most.

? Observe Everything and Build Something

To truly grasp the scope of what you can do with WordPress, I’ve found it helpful to think about it in several different segments.

There’s an entire set of APIs available for both the frontend and the backend each of which are available through the Developer Handbook. Further, there are plenty of blogs and tutorials and screencasts available that will help you get your bearings as to where you may want to start.

But that’s the thing: Though I think it’s more important that you start somewhere where you think you’ll have an impact; it’s important to try to ease into other areas outside of your comfort zone.

Conversely, let’s say you’re someone who’s comfortable writing PHP but you’re not necessarily sure how to get information to and from the database and make it available to the rest of the application.

Maybe it’s a good idea to try writing a plugin that allows you to read and write post metadata and working with meta boxes in the editor. This exposes you to PHP, the database, a few APIs, and allows you too see how it all fits together.

? What You Already Know

Obviously, these are but two very general and very broad examples as to what you can do. The point though is that each of these can lead you slowly into other areas.

For me, I started working primarily on simple templates tweaks and plugins because I was comfortable with PHP. That lead me to exploring the documentation and getting familiar with how to read and write data against the database using the available APIs, then moved into me learning how to safely query the database using direct queries, then went out into my learning about the HTTP API, the File System API, and then incorporating other libraries into my work.

No, this did not happen quickly (and there are some for whom this happens more quickly than others. I am not that person. ?). But it happened over time.

And yes, I’ve worked with some of the frontend technologies, too, but that content is for another post. But if your work is like venturing to a town with which you’re familiar, head to the area you know then start taking other roads into parts of town you’ve never visited.

Not only could you find area that you enjoy visiting, but one in which you may like more than from which you came.

A lot of things can come next. It depends who you ask. But, for me, it was a two-fold process:

But I’ll talk about that in the next post.