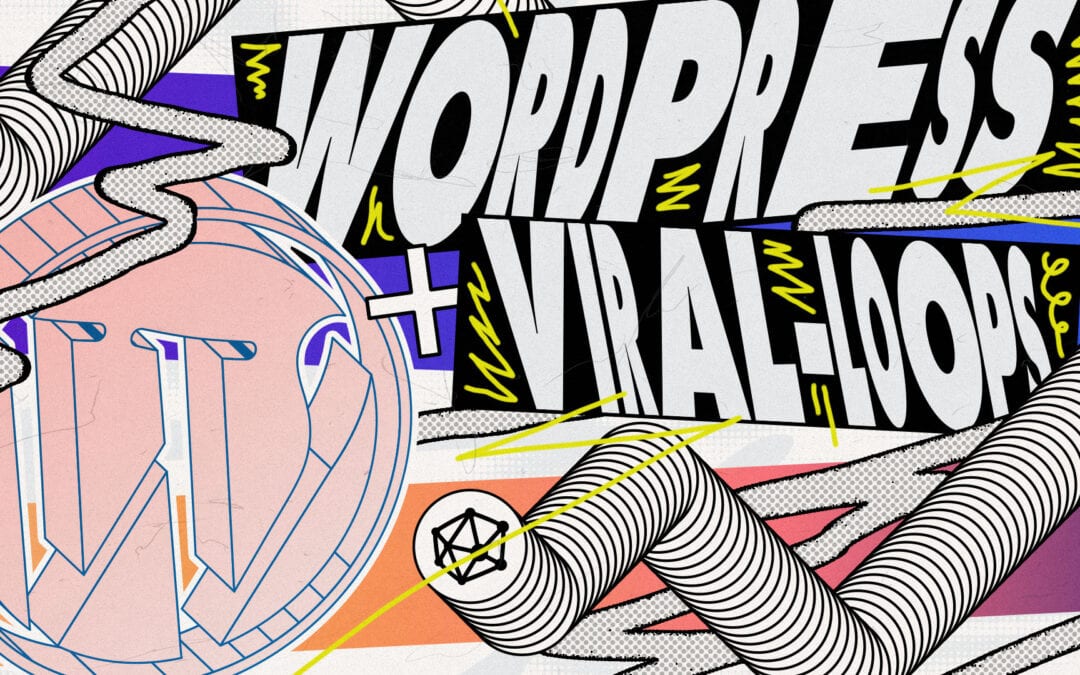 Time for a change

Viral Loops and WordPress go way back! WordPress has always been an integral companion of our product since the very beginning.

This makes a lot of sense since our mission —to make referral marketing easy for everyone— draws inspiration from the idea of “democratizing publishing” that WordPress has introduced to the world since 2003. Actually, it’s no exaggeration to say that the story of WordPress is, to some extent, the story of the open internet itself, and we salute that!

However, we cannot hide the fact that our relationship with the most popular CMS in the world has gone stale, and it was in dire need of a radical refresh. That’s why we decided to give a second life to our official WordPress plugin.

Our new release bumped the version of the WordPress plugin to the all-new 3.0 territory. We really wanted to go all the way because this time, we didn’t go for a small, incremental upgrade but rather for a complete rewrite from the ground up.

This means that —finally— our official plugin supports all major editors and page builders in WordPress:

That means that you can now add a campaign on your WordPress website as easy as dragging and dropping the Viral Loops block on the page. Wanna take a look inside?

First, all you need to do to set up a new campaign through the WordPress plugin is to copy-and-paste your campaign’s Secret API token and press “Add Campaign.”

After that, a dedicated Viral Loops block/element will appear in each editor’s backend area like this:

We get it: rewriting a WordPress plugin is not anything close to putting a man on Mars, BUT it’s no easy feat nonetheless! Luckily, Sociality was already deeply familiar with our product, so it was much easier to collaborate with them and deliver on the project early on.

First, we started by setting up a detailed map of user journeys and desired outcomes to ensure that each one of you will make the most out of our WordPress plugin. Across this path, we made a series of key decisions that we believe you will like.

For example, we decided that you, as a user, can install any campaign just by copying your campaign’s Secret API Token without ever touching HTML or JavaScript. Just activate your campaign, and you are good to go! The legendary Viral Loops JavaScript snippet is loaded automatically if and whenever it is required without you sweating a drop.

One other little trick that we implemented is that after saving your campaign’s Secret API Token, the plugin acknowledges which template your campaign uses. As a result, you will find only this template’s widgets on your favorite editor later on. For example, if you have activated a campaign that uses the Milestone Referral template, you will only find the Embed Form widget, the Milestone widget, and the Referral Count widget and not, e.g., the Popup Trigger.

* The plugin supports all Viral Loops templates except the Altruistic Referral and Viral Loops for Shopify.

Moreover, we wanted to ensure that each user will receive the optimal experience on their editor of choice. This is why we exploited each page builder’s / editor’s latest version and capabilities, and we are committed to keep supporting them in the future.

Finally, we are looking forward to implementing, even more, features in the future, such as migrating a previously sunset experience for the Classic Editor or further expanding on the fascinating path of the Gutenberg Block Directory.

Have you used the latest version of our plugin? What would you like us to implement next? Let us know in the comments below!