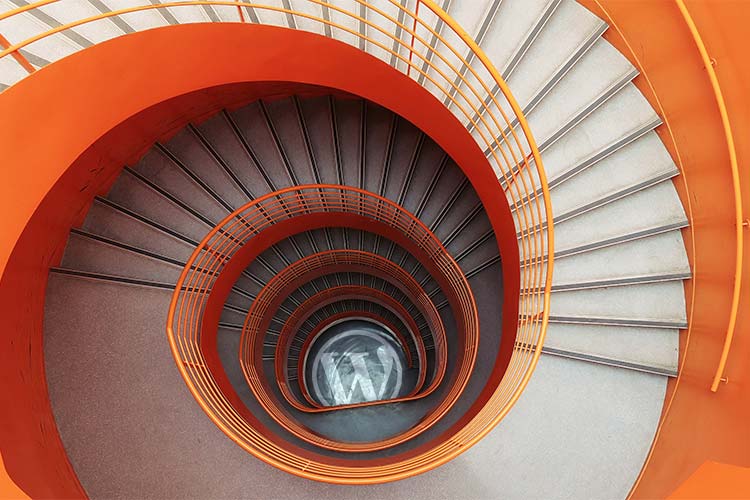 There’s no doubt that WordPress rules the roost among content management systems (CMS). It has grown so much and for so long that even a small drop in market share is considered noteworthy.

Being the top dog has plenty of benefits. WordPress enjoys an extensive plugin and theme ecosystem, a dedicated community, and a good bit of influence on the web as well. Try as they might, competitors can barely make a dent in what WordPress has going for it.

That doesn’t mean it’s all roses, however. As a market leader, WordPress faces a unique set of challenges. Some of it is due to the sheer number of users and use cases. But the fact that it’s a free, open-source application that relies on volunteers also plays a role.

Put these factors together, and it seems like WordPress holds a position unlike any we’ve seen on the web. To be all of these things while continually improving and pushing the web forward is a monumental task.

As such, let’s take a look at the biggest challenges facing WordPress (as I see them), along with how its size impacts the efforts to tackle them.

When you think of the competition in the CMS space, there are both open-source and players. The proprietary apps have more control over how their product is used. In theory, this makes it easier for them to launch new features and drag users along with them.

WordPress has no such luxury. For instance, a Squarespace or Wix site is hosted on a single platform. WordPress sites can be hosted virtually anywhere. Therefore, it has to work in many different environments. This also impacts performance, with some potential tweaks being based on factors such as a server’s operating system and allotted resources.

And then there’s backward compatibility. There are undoubtedly WordPress websites still around from the 2000s and 2010s – with older themes and plugins in tow. Changes have to be developed and rolled out in a way that minimizes the potential for breakage.

While there have been proposals to do things like automatically convert uploaded JPG images to the smaller WebP format, there has been pushback from the community due in part to hosting variables. And even the advent of the Gutenberg block editor and Full Site Editing (FSE) have had to be rolled out in a way that respects existing sites.

Regardless of how useful one finds a particular feature, there is certainly a bigger hill for WordPress to climb compared to other CMS.

Shiny new features tend to get all of the publicity. And in recent years, WordPress has focused on building new tools to make rich content creation and design easier. The goal is to help the CMS compete with DIY site builders and sport a more modern interface.

While that’s a noble cause, it’s also a massive undertaking that has come at a cost. Browse through the WordPress Trac system, and you’ll find a multitude of bugs and improvements waiting to be resolved – including some that have been there for years.

The heavy focus on the block editor and FSE has taken finite resources away from other areas of the software. The volunteer force of contributors is doing fantastic work, but they are stretched thin. So, despite a slick (and constantly improving) editing experience, other concerns are being left out of the party.

The result is that potential usability improvements and small bug fixes languish. Over time, these things build up and frustrate users.

You can see it in the reactions when WordPress suffered a drop in market share. Whether these issues ultimately were related to the small plunge, the news certainly got people talking about their pet peeves.

Achieving a balance here has been challenging. While WordPress must meet modern expectations, the smaller details can’t be ignored. More volunteers may help, but so would a greater focus on screens outside of the editor.

Trying to Be All Things to All People

Is WordPress a DIY site builder or a tool focused on custom development? That may depend on who you ask.

Traditionally, the CMS has catered to those looking for flexibility. The ability to build themes and plugins, use off-the-shelf products, or a combination of those solutions attracted droves of web designers to the platform.

This approach helped to propel WordPress to the top of the market. An entire economy was built around the concept of making the software what you want it to be.

At the same time, the project is moving towards a no-code future. And developers have had to adapt to building products that fit in with this methodology.

It seems as though we’re currently stuck between two worlds. Somehow, WordPress has to continue to maintain that do-anything flexibility without scaring away non-technical users.

It’s an awkward mix and makes for some difficult decisions. The big question is if it’s possible to keep these very different groups relatively satisfied – let alone happy.

The Growing Pains of Market Leadership

WordPress has reached a level of popularity that no other CMS can match. While not quite as ubiquitous as Windows on the desktop or Android on mobile, it has become the software of choice to power much of the web.

When you consider its humble beginnings as a blogging platform, the journey to market leadership is even more impressive. But now that its position has been established for several years, challenges must be met head-on.

How WordPress deals with these growing pains will have a lot to say about its future success. The software must become friendlier to new users without losing its street cred for customization. And innovations have to extend beyond just content and site editing.

Most of all, it has to pay attention to what’s happening within its ecosystem. This is what truly separates WordPress from all others. Therefore, finding new ways to engage and empower theme and plugin developers is crucial.

To some degree, all popular software faces challenges and comes to a crossroads at some point. And the bigger an app is, the more difficult the path forward.

The good news is that WordPress has made it this far. Here’s hoping it will evolve in a way that keeps it on top.