Rather than tech writing, dealing with WordPress – Pocketables 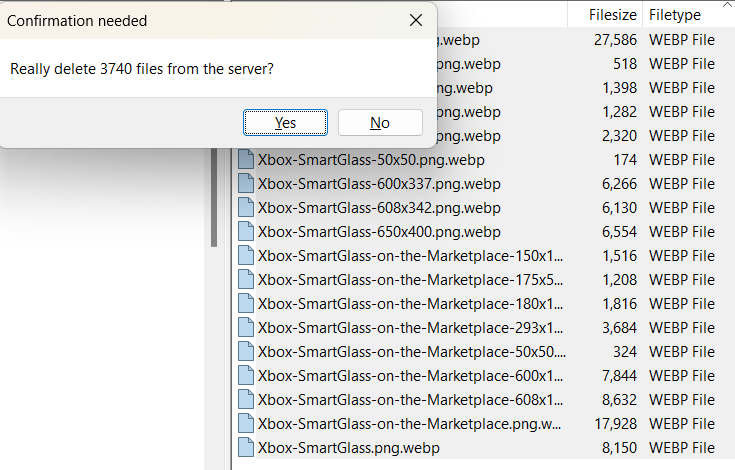 Today rather than writing about newish tech I’m dealing with an interesting issue with WordPress an our host. This sounds like I’m complaining. I’m not – it’s what interests me today in that we run a really old site with a whole lot of content. Specifically very very few hosts are set up to deal with a 20+ year old WordPress site. I’m not bashing anyone here, well, maybe WordPress, but here’s what we ran into.

Check out my New Programming & …

Actually looking at tech news I would probably not be writing about tech news today. Makes for an incendiary headline though.

Purchase a plan with the website hosts for let’s say 50 gigs of content. We have let’s say 20 gigs of content. I’m pulling these numbers out of my behind so don’t quote me. Get shut down by host because that 20 gigs of content includes way too many Inodes. Inodes are entries into a file system and each little file takes at least one. We have all these little files from 23 years of content plus WP preview files (like 150×150 thumbnails, small, medium, large images for mobile or desktop, etc) – basically any picture you see on a WP site probably has seven or eight copies of the image in various sizes and formats. I know why they designed it that way (recoding images on the fly slows down page loads,) but daaaaaamn.

Throw in attempts to speed the site up with various optimizing things over the past decade where .webp files were generated for every single article’s image in every single size, and you’ve got an average of 14-16 files per image. We blew through number of entries we could have on the hosting plan, and now once again we’re dealing with stuff that really shouldn’t be a thing in 2023. FTPing in to delete some ol’ webp files.

180 directories (2007-2022 / 12 a month) shell access not working for reasons (I can fix it, but it’ll involve surgery.) And somewhere around 1.2 million files that will never be accessed individually created by WordPress to speed up content delivery.

I just got done deleting 5000 webp files for our extensive Zune coverage in the 2007 directory… I can regenerate with the original should that be required (it’s supposedly done on a CDN if required with Ezoic,) but here’s to hoping this doesn’t screw with our already banned-from-Bing-for-no-reason status.

That’s about that – sounds like I’m complaining, but I am not. Just the design of WP doesn’t scale smoothly to the bloat we’ve got and that’s interesting for how little I manage to actually post. Or at least it didn’t historically. I tackled two years of the worst offenders and freed up about 40,000 inodes. I think that’s all that’s happening today as I have to go beat a server now.

So yeah, you got a lot of content I feel for you son, I got Inode problems but storage limits ain’t one.