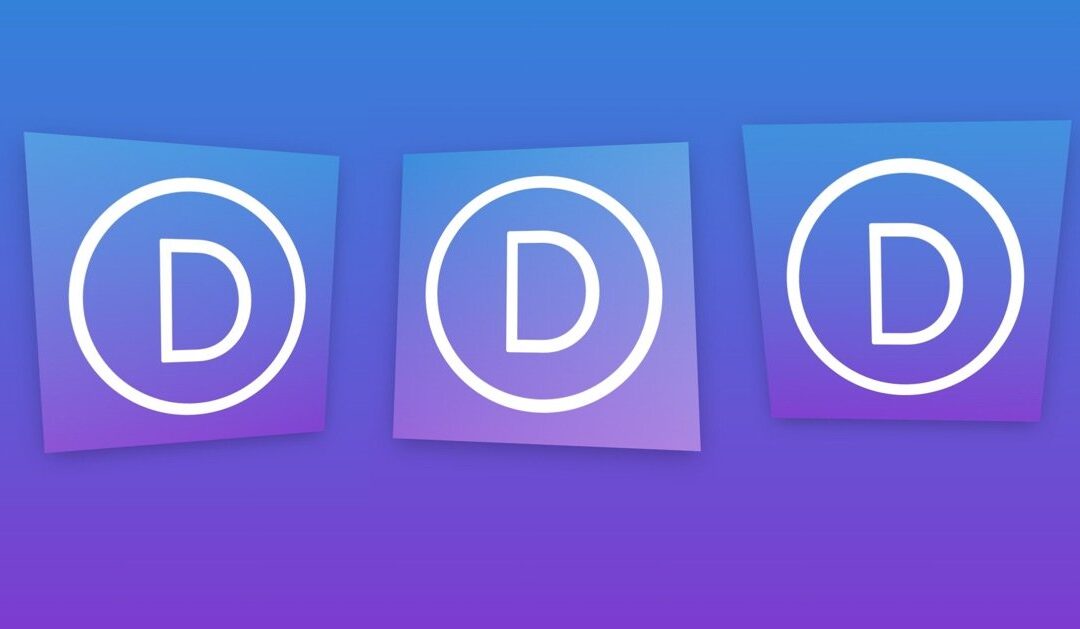 Adding hover tilt effects to your web design is one of those fun and engaging ways to bring life to your Divi website. Usually this type of design requires a plugin or more advanced code (like in this tutorial). But, this process is a whole lot easier using Tilt.js (a lightweight hover tilt effect for jQuery). With Tilt.js, you can easily apply hover tilt effects to anything in minutes.

For a live demo of the functionality behind this tutorial, check out this codepen.

And here is a quick look at the design we’ll build in this tutorial.

To lay your hands on the designs from this tutorial, you will first need to download it using the button below. To gain access to the download you will need to subscribe to our Divi Daily email list by using the form below. As a new subscriber, you will receive even more Divi goodness and a free Divi Layout pack every Monday! If you’re already on the list, simply enter your email address below and click download. You will not be “resubscribed” or receive extra emails.

The Basics for Using Tilt.js

Tilt.js is a lightweight parallax hover tilt effect for jQuery. With just a couple of lines of jQuery, you can add hover tilt effects to any element on the page. It comes with up to 10 options (see the documentation) that can easily be added to control the tilt effect design and functionality including scale and a beautiful glare effect.

At the most basic level, once you access the tilt.js library, you can add a CSS class to the element you want to tilt on hover and then use a simple jQuery snippet to apply the tilt function on a jQuery object with the same class.

For example, let’s say you add a custom CSS Class to an image module named “et-js-tilt”.

All you would need to do after that is add the following jQuery snippet to add the hover tilt effect to the image.

Then you can set additional options to the tilt effect. For example, you can add a scale and glare effect with the following code snippet.

The result would be this…

For a more advanced effect, you can add transform:translateZ() to any child elements to get a 3D parallax effect. More on that later.

Now that we have a basic understanding of how to use tilt.js, let’s explore how to use it in Divi.

How to Add Hover Tilt Effects to Any Element in Divi

Add a three-column row to the default regular section.

In the first column, add an Image Module.

Note: You can use any module you want. It doesn’t have to be an image module.

Upload an image of your choice. I’m using one from the Homemade Cookies Layout Pack.

Under the advanced tab, add the follow CSS Class:

This class will be used as a selector for our tilt function later.

Next, copy the image module and paste one into each of the remaining two columns.

You can replace the duplicate images with new ones if you like. Just make sure that each image module has the CSS Class “et-js-tilt”.

To add the tilt.js library and code snippet needed to tilt our images, we are going to use a code module.

First, add a new one-column row under the existing row.

Then add a code module to the new row.

Next, we need to access the tilt.js library by adding a script that imports tilt.js from their CDN (https://cdnjs.cloudflare.com/ajax/libs/tilt.js/1.2.1/tilt.jquery.min.js). Paste the following script in the code box.

Use the following src within a script tag to import the library:

It is important to import tilt.js before adding the code that will use it. So, after the script pointing to tilt.js, add the necessary script tags to wrap the JQuery we need to add. Then paste the following JQuery in between the script tags.

Notice that the tilt() function is inside an if statement that will execute when the browser width is greater than 980px. This will make sure the effect only happens on desktop.

Here is the result.

Adding a Tilt Hover Effect to the Row

Here’s how to do it.

Duplicate the existing row of images and then open the settings of the duplicate row. Under the advanced tab, give the row a unique CSS Class as follows:

Notice that for this tilt effect, we brought the scale back to 1 and increased the perspective value so that the tilt is more subtle.

Here is the result.

Notice how the row has a tilt function that activates when hovering over the row and each of the image modules also has the same tilt effect we added earlier. This is how you can apply nested tilt effect instances.

To start, create a new one-sixth two-thirds one-sixth column row under the previous row of images.

Inside column 2 (the middle column), add a new image module.

Upload an image to the module and set the image alignment to center.

Under the image module, add a text module with the following H2 heading:

Then update the heading 2 styles as follows:

Under the Text Module, add a button module.

Update the button text to read “About Us” and update the design settings as follows:

Once the three modules are finished, open the settings for the parent column of those modules (column 2) and update the following:

Adding the CSS Class to the Column

Under the advanced tab, add the following CSS Class:

Adding the jQuery to Apply a Tilt Effect to the Column

To add the tilt effect to the column, we can add another similar snippet of jQuery that targets the column CSS Class. Paste the following snippet below the previous snippet targeting the row.

Here is the final result.

For a more advanced hover tilt effect, we can add a 3D parallax effect to inner modules of the column. Using a combination ofperspective and transform:translateZ(), we can have each of the modules within the column pop out in 3d space when the hover tilt effect is active.

Here’s how to do it.

First, duplicate the previous row with the tilt effect added to the middle column.

Then update the middle column (column 2) with a unique CSS Class as follows:

To make sure the inner modules preserve the 3d effect, add the following Custom CSS to the Main Element of the Column:

Then add a few more snippets of jQuery under the previous tilt function snippet targeting the column as follows:

This jQuery adds another basic tilt function to the column just like the previous example. However, the code also toggles a new class (“tilt-active”) to the column whenever the tilt effect is active. We can use this new class to apply a transform: translateZ() value to each of the modules when hovering over the column. This will create the pop-out 3d parallax effect.

To do this, add the following Custom CSS to the top of the code box/content making sure to wrap the CSS in the necessary style tags.

Now check out the final result. Notice how the three modules pop out in 3d space as they rotate during the tilt effect.

Here is another look at the final results for our examples.

The hover tilt effects offered by Tilt.js really are fun to experiment with. Although I used some basic examples in this tutorial, you could easily have a field day applying these hover tilt effects to any of our premade layouts or on your own site. Enjoy!