Everything You Want To Know About Creating Voice User Interfaces 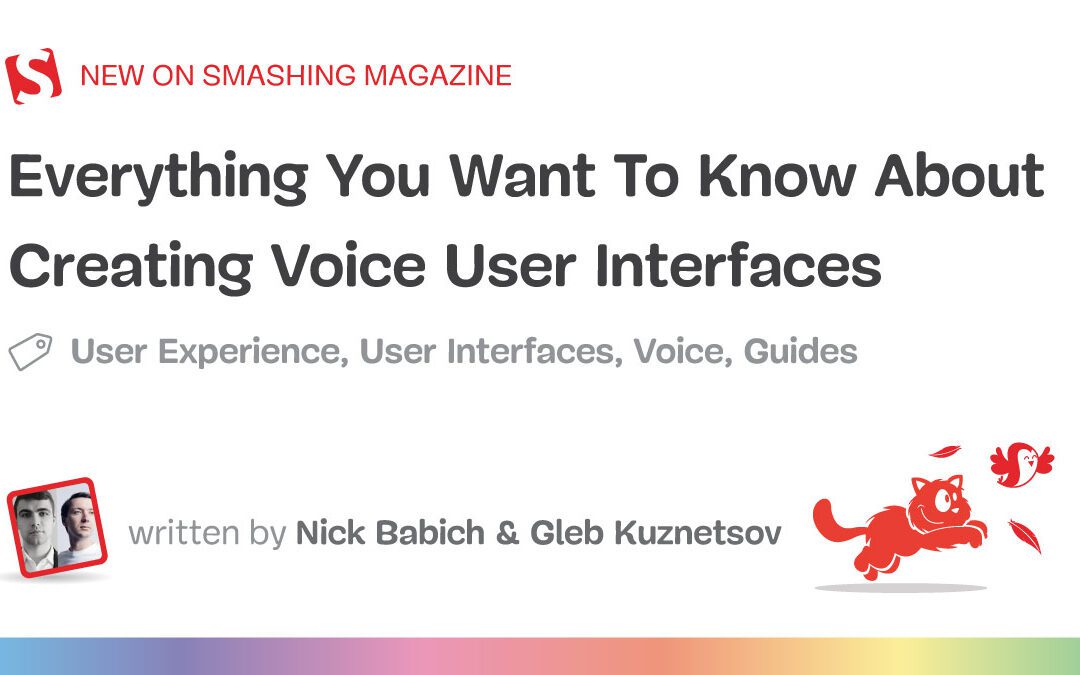 Voice is a powerful tool that we can use to communicate with each other. Human conversations inspire product designers to create voice user interfaces (VUI), a next-generation of user interfaces that gives users the power to interact with machines using their natural language.

For a long time, the idea of controlling a machine by simply talking to it was the stuff of science fiction. Perhaps most famously, in 1968 Stanley Kubrick released a movie called 2001: A Space Odyssey, in which the central antagonist wasn’t a human. HAL 9000 was a sophisticated artificial intelligence controlled by voice.

The second generation of VUIs dates to the 1980s and 1990s. It was the era of Interactive voice response (IVR). One of the first IVRs was developed in 1984 by Speechworks and Nuance, mainly for telephony, and they revolutionized the business. For the first time in history, a digital system could recognize human voice-over calls and perform the tasks given to them. It was possible to get the status of your flight, make a hotel booking, transfer money between accounts using nothing more than a regular landline phone and the human voice.

Design With A Specific Viewing Distance In Mind

Design content so it can be viewed from a distance. The viewing range of small screen voice-enabled devices should be between 1-2 meters, while for large screens such as TVs, it should be 3 meters. You need to ensure that font size and the size of imagery and UI elements that you will show on the screen are comfortable for users.

Hierarchy Of Information On Screens

When we design website pages, we typically start with page structure. A similar approach should be followed when designing for VUI — decide where each element should be located. The hierarchy of information should go from most to least important. Try to minimize the information you display on the screen — only required information that helps users do what they want to do.

Keep The Visual And Voice In Sync

Motion language plays a significant part in how users comprehend information. It’s essential to avoid hard cuts and use smooth transitions between individual states. When users are speaking, we should also provide visual feedback that acknowledges that the system is listening to the user.

A well-designed product is inclusive and universally accessible. Visual impairment users (people with disabilities such as blindness, low vision, and color blindness) shouldn’t have any problems interacting with your product. To make your design accessible, follow WCAG guidelines.

We are at the dawn of the next digital revolution. The next generation of computers will give users a unique opportunity to interact with voice. But the foundation for this generation is created today. It’s up to designers to develop systems that will be natural for users.