A Throwback To the Past: Introducing the Blogroll Block WordPress Plugin – WordPress Tavern 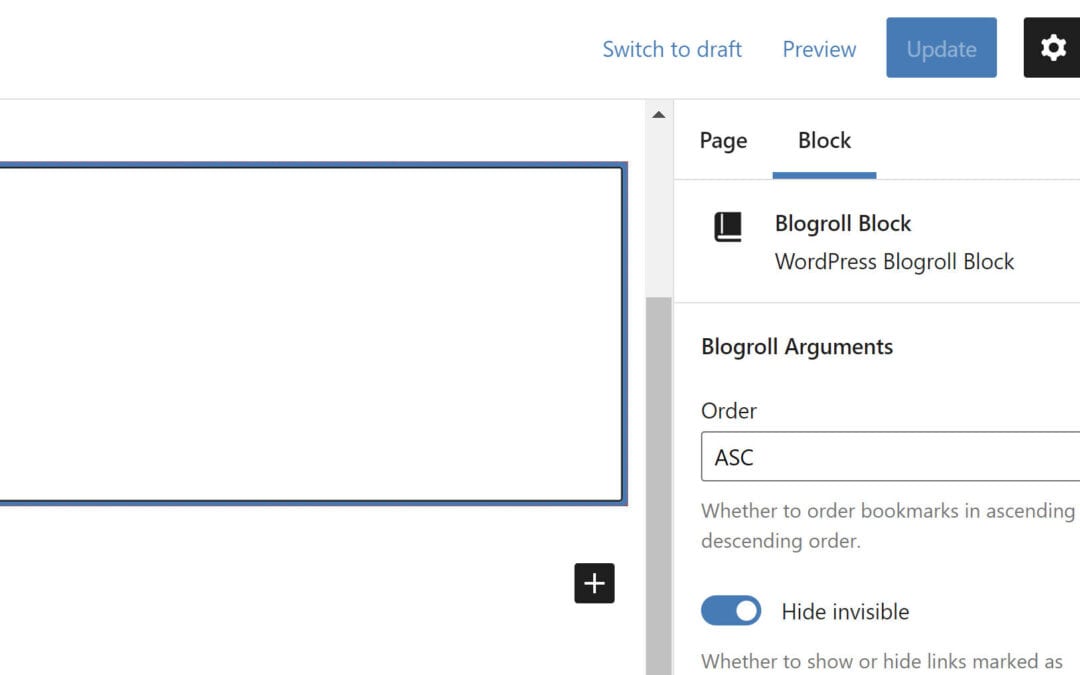 It was 2003. I was just getting my first taste of blogging and similar experiments on the world wide web. Seemingly every blog I toured showcased a long list of the owner’s friends. These were all the other cool kids jumping onto this blogging bandwagon — the blogroll was almost a status symbol. You had a sense of belonging with your online clique.

Let’s face it. Many of the people blogging in that era were loners, geeks, nerds, artists, and people who generally did not feel they fit into groups of “normal” people. Perhaps that is overly stereotypical, but that was the culture I found exploring this new world. It was a breakthrough for me as a person. I could let my geek flag fly in this new group of non-normal-but-so-much-more-interesting people than those I grew up with from my small hometown. Blogs were a home away from home for those who felt like outsiders.

I could share that I cared more about comic books than football on my little corner of the web. I could link to like-minded people in my blogroll. And they would link back to me.

It has been eight years since the death of the link manager in WordPress. The underlying code is still there, only shown for those with existing links or the Link Manager plugin installed.

It was the end of an era. Social media had taken over much of that camaraderie from my early venture into the blogging world, replacing it with a much more toxic version. There are groups and pockets within the social spheres that replicate that feeling, but it is all on a third-party server. The people no longer control their content or their content’s fate. Our likes and shares and retweets are lost in the endless void of memes, parodies, and libelous hot-takes. We no longer curate our links, cutting out the cruft to make room for the things representing who we are in the moment.

One of the early highlights of my development career was building an image gallery using the WordPress links system. I was able to showcase all of my must-read WordPress blogs on one page.

I also used the link manager as a menu-management interface for my theme users long before WordPress adopted its nav menu system. Themes at the time were still using a page-listing function that often required end-users to edit code to manage.

Not only was the blogroll a vital aspect of my introduction to blogging, but it was also equally as crucial to my evolution as a developer. WordPress’s built-in link manager allowed me to step outside the box and innovate.

Maybe I am a bit nostalgic for blogrolls adorning every blog’s sidebar. There was a bit of a trust system built into it. If I liked your blog, there was a good chance that I would find something interesting in the links that you decided to share.

Sure, there are other ways to achieve the same result today. However, the blogroll was a neon-sign in pitch black that shouted, “Hey, check out these cools things!”

That is why I am giddy any time I see something that takes me down the memory lane of nearly two decades ago. It reminds me of how far we have come and how the web has changed over the years. And how much I wish things would sometimes stay the same.

Michael Beckwith released the Blogroll Block plugin two weeks ago. While I do not see a blogrolling revolution any time soon, it is nice to see a block-editor option for those of us who are still clinging to our links.

Blogroll Block requires the Link Manager plugin, which still has 60,000 active installs despite no updates since it was first dropped into the WordPress plugin directory. Maybe there is hope for a comeback.

The block is straightforward. It replicates most of the options for the wp_list_bookmarks() function, which outputs the links. The downside to the plugin is there is no live preview in the editor. It currently outputs a box with a link to the developer reference. I am hoping this is a stopgap measure between version 1.0 and the next iteration.

I would also like to see the option to include link images. That way, I could recreate my “bookmarks gallery” with the block editor. That would be a fun afternoon project.

If we had a blogroll on the Tavern, I like to think that we would link to Beckwith’s blog. We are on his. It would only be fair.